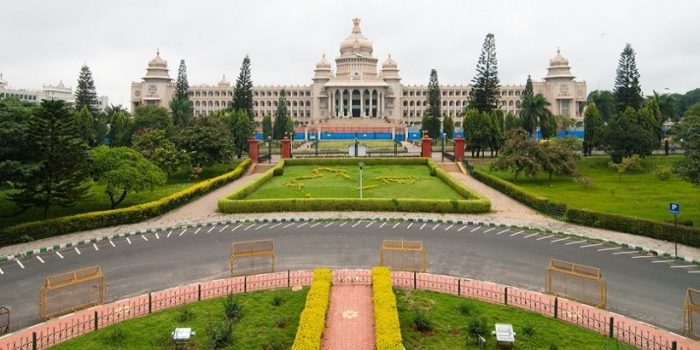 Education in India is a $100 billion industry and it’s growing at the fastest rate than ever before. It is predicted to reach $180 billion by 2020. Engineering is by far the most sought after course in India and there are several great colleges spread all across the length and breadth of the country. Top cities like Delhi, Mumbai, Hyderabad, Pune and Chennai are all jam-packed with engineering colleges. Career prospects after engineering are also quite high here. There are branches of several MNS in these cities where students can work after their degree, most of them being one of the Fortune 500 companies.

Bangalore, by far, is the top pick for education in the field of engineering. It is the IT hub and is called the Silicon Valley of India for a reason. There are several emerging start-up as well in this beautiful city. The immense development of this city has been due to Digital India and the IT boom. The first IT Park in India was built here. Koramangala, Whitefield, Marathahalli, HBR Layout, Electronic City and HSR Layout are all filled with a zillion IT companies. There are more than 1000 start-up in Bangalore and many more are in the pipeline. Tech giants include HP, Amazon, SAP Labs, Microsoft, Google, Facebook, Infosys, IBM, Wipro, Adobe, Delloite, Nutanix, DXC etc.

Apart from IT, even mechanical, automotive industry is quite big here. Thousands of people migrate to this city every year for better prospects. The city comes under the urban culture with literacy rate as high as 88.71 % as of census 2011. There are manufacturing units of several giants like Continental, Autoliv, Bosch, IFB, Toyota, Volvo, etc in Bangalore. The city offers one of the best climates in the country and this is also one of the reasons for the mass influx of people. It is neither too hot nor too cold in here. Cool, gentle breeze all through the day is just a part of the city. Several other factors are low crime rate, ease of living, exposure to good opportunities in terms of education and friendly people. In 2018, it was recorded that 37% of the population in Bangalore were immigrants and 74% of them were in the age group of 25-40.

Bangalore, also called the IT capital of India, is a pioneer when it comes to innovation. There is a pool of talent available and it keeps ever increasing. College graduates are increasingly finding jobs (like customer care service) in the outsourcing market for various tech companies of the world. So pursuing your engineering degree from here would be quite useful.

Other benefits of studying in Bangalore are-
1. The standard of instruction here is viewed as exceptionally high contrasted compared to different states. Foundations here have exceeded expectations and ensure all-round development of the students.

2. Bangalore is most accepting of students from outside making it a cosmopolitan blend of societies. Pop culture is also quite big. This city has its own kind of music called Bangalore pop which is a subset of the original pop music.

3. Pubs and clubs are also there in huge number. If you are a social bee and love interacting with others while enjoying the nightlife, then Bangalore has got a lot in store for you.

Top colleges for IT/ Software Colleges in Bangalore-

If you are considering higher education in engineering in India, then Bangalore sure is your best bet. You will be exposed to several opportunities like tech talks, apprenticeship; industry’s working as well as great practical divulgence in some of India’s best colleges. The faculty is also quite experienced and has moulded several young minds. Furthermore, there are great research opportunities and semester abroad programs in these colleges. While paying your regular semester fees, you get to travel to a foreign country and learn from the professors there. If you are up for it, this great city has a lot to offer!