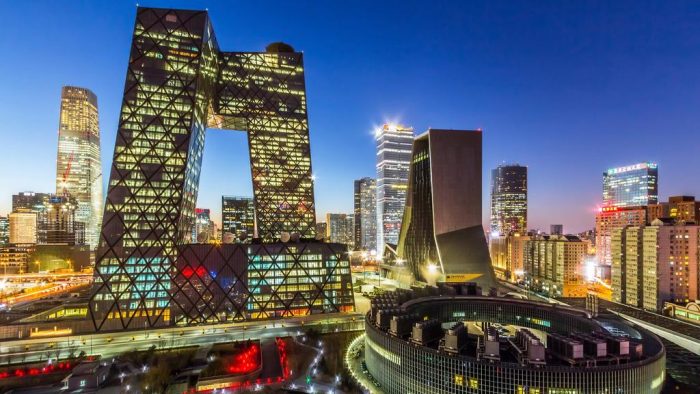 With the world’s highest population, China is also one of the world’s fastest growing economy. China, officially known as People’s Republic Of China, has been portrayed as a powerful nation because of its population, economy and military.

Well we all know China is a pretty impressive country, then why not go there and study? To this question there are a lot of answers. Some one them are mentioned above and the others below.

Firstly, it interests students because of its long history and exciting culture.

Then, both living costs and tuition fees are comparatively reasonable, therefore  students can study as well as save money to study in China. Now you would be thinking about the best universities in China to choose from. To make your work easier, we have compiled a list of Top universities in China which is as follows.

Established in 1911, Tsinghua University in Beijing, China was ranked first in China and 17th in the QS World University Rankings 2019. The architecture of the campus is a blend of both traditional and western styles reflecting the influence of America on its history.

It is an extensive research university. It has  20 schools and 54 departments including courses like economics, education, engineering, history, management, disciplines in art, medicine, law, literature, philosophy, and sciences.

The university has many student associations covering science and technology, physical training, humanities, arts and public welfare, of which you can be a part and explore your options other than academics.

The university is committed to the growth and prosperity of the world as a whole.

It was established  in 1898 as the Imperial University of Peking. Being the oldest university in China, it is famous for its beautiful university campuses on the mainland, with traditional Chinese architecture and some prominent gardens based on the theme dating back to the Qing Dynasty.

There are several gates for entering into the campus, among which the West Gate is the most well-known because of painted murals on its ceiling.

It is a member of the C9 League which is similar to the Ivy League group in the US. Located in Beijing, China, it is the second highest-ranked institution in the nation and 30th in the QS World University Rankings 2019.

It is the first modern national university in China, with a leading reputation in educational institution. The university encourages international exchanges for students and therefore has established joint degree programs with some of the most recognized universities such as Yale University, London School of Economics and Political Science, Cornell University, Paris School of International Affairs, Waseda University, Seoul National University and The University of Tokyo.

University of Science and Technology of China

Founded in 1958, it is a national research university located in the city of Hefei, China. Ranked  98th in the QS World University Rankings 2019, USTC is regarded as China’s ‘Cradle of Scientific Elites’. It has high research productivity and boosts science and technology education in china.

There are 15 schools including courses such as life sciences, software engineering  physical sciences,and electro-optical technology. It is the only university in the country to have a National Laboratory for Physical Sciences at the Microscale

The university has a large library, a first-class computer network, and a hospital which treats students, employees and their families as well as providing teaching facilities for medical students.

Initially Fudan was established as Fudan Public School in 1905, and merged with Shanghai Medical University in 2000. It is composed of four campuses in downtown Shanghai: Handan, Fenglin, Zhangjiang and Jiangwan.

The university teaches a number of its courses in English. They encourage internationalisation and have global connections and exchange programs all over the world and tie-ups with top-notch universities such as Columbia University, University of Sydney, KU Leuven, University of Manchester and University of Toronto.

The university is extremely selective, and getting into college is not that easy. You need to have a very high score in the entrance examination.

The university is a part of C9 League university and a member of Universitas 21, a consortium of research-intensive universities.

Apart from all this, it has made a tremendous contribution to the global economy by bringing new inventions in the fields of science and technology, and satisfying the needs of society. It is known all over the world for its campus culture of freedom, variety and progression which excites students.

Educating students since 1897 it is one of China’s oldest, most selective universities. It has 36 schools, a number of research centres located on campus which cover 12 academic disciplines that are agriculture; economics; education; engineering;  medicine art; history; law; literature; management; natural sciences; and philosophy.

The university has tie ups many well-known universities worldwide including Imperial College London, Princeton University and University of Illinois at Urbana-Champaign.

Ranked 5th in China and 68th  QS World University Rankings 2019 it is located in the picturesque city of Hangzhou, China. Zhejiang is made up of seven campus, one of which is the largest single university campus in mainland China and has one of the largest academic libraries in the region.